As the Founder and Chairperson of GVK Group which operates in the energy sector, Dr GVK Reddy offers crucial insights into the industry’s present position and future path.

With the launch of FAME India (Faster Adoption and Manufacturing of Hybrid and Electric vehicle) scheme in 2015, the Union Government signaled the overhaul of the Indian vehicle space with the adoption of Electric Vehicles (EVs). Since then, the shift towards EVs has been underpinned by the colossal dependence on fossil fuels to satisfy the consumption demands.

Dr GVK Reddy puts this into perspective, “In the year before FAME initiative was taken up by the government, India’s import of crude oil stood at $112 billion for 2014-15. In addition, India is also the second-largest importer of coal in the world.” .

Given India’s commitment to curb its CO2 emissions by 2030, there is a surge in investments and promotion of EVs to replace the present predominant ICE (internal-combustion engine) driven vehicles on Indian roads. As per NITI Aayog, the EV industry has the potential of adding $300 billion by 2030.

Some of the major companies in the sector are Hero Electric, Tata Motors, Mahindra Electric, Ather Energy, MG Motor. The evolution of conventional vehicle manufacturers into building their EV divisions shows the importance this sector is getting.

In pursuit of this endeavour, the charging infrastructure for EVs in India is yet to reach global standards. Driving the EV boom, the energy requirement associated with it is projected to increase upto 640 TWh in the next decade. Presently, the energy demand is met by conventional sources of electricity production, such as thermal and hydroelectric power plants.

“In the latest findings by EESL (Energy Efficiency Services Limited), the daily electricity demand for 1 million EVs will be 15 million kWh. On the supply front, NTPC, Indian Oil, EESL, Bharat Petroleum and others have so far installed 437 public charging stations across the country, as per Ministry of Power”, he states.

In lieu of increasing demand, the central government and various state governments are tying up with electricity companies through incentives and subsidies. While the Indian Government has aimed for a Charging Station at every 25km in the electric zones, the Delhi Government is deliberating on a policy for Private Charging Points (PCPs) to ensure accessibility to charging facilities every 3km within Delhi.

However, there are certain hurdles still remaining which need to be resolved for better and efficient transition towards EVs. The foremost among the issues is the high import tariff which India levies. For EVs priced below $40,000, the import duty is 60%, while for anything above this, the rate is 100%. The objective of this policy is to promote local manufacturing of EVs and give a head-start to Indian firms in penetrating the Indian market.

Further, it also works as an incentive for foreign manufactures to build their cars and buses domestically. In January 2021, the EV giant Tesla Motors registered a subsidiary in Bengaluru, named Tesla India Motors and Energy. The company is currently engaged in R&D to understand the Indian market and work out the optimum path towards local manufacturing of its esteemed EV range, Tesla.

Globally, Australia, Chile and China are the major producers of Lithium, with China also accounting for more than 50% of Electric Cars manufactured in the world as well as 99% of the world’s electric buses. There is a crucial need for India to decrease its dependence on import of Lithium as well as EVs – and the road ahead looks promising.

According to Dr GVK Reddy, “Since EVs run on Lithium-based batteries, while India imports all of its Lithium from other nations, it limits the extent to which domestic manufacturing of EVs can be feasible.” He suggests considering the potential of dedicated investment into research on alternative battery technologies, such as those running on aluminum or zinc.

“The future of the EV infrastructure market in India looks bright, as supported by Kenneth Research which projected the sector’s CAGR at over 40% for the period of 2019-25”, remarks Dr GVK Reddy with an optimistic outlook. 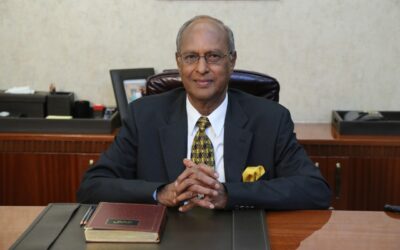 While most of the Indians stayed in their homes during the lockdown, Covid-19 warriors at GVK EMRI risked their lives to save hundreds of thousands since the beginning of the pandemic.  Part of the social service arm of the GVK Group — GVK Foundation, GVK EMRI...